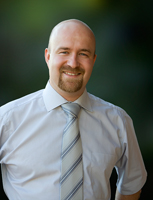 General Director
RNDr. Mojmír Mach, PhD.
Dr. Mach got his PhD in 2006 in the study field Pharmacology with the theme: Ethological approaches in pharmacology and toxicology - prenatal antioxidant supplementation during intrauterine hypoxia in rats and behavioral effects of acetylcholinesterase inhibitors in mice.
He was a member of the research team at Wright State University (OH, USA) studying the causes of Gulf War Syndrome on animal models. Currently, he works as a Head of the Department of Developmental and Behavioral Toxicology, interested in investigation of the neurobehavioral development of the rat's offspring after intrauterine exposure to xenobiotics.
He is Member of the Executive Committee of the Slovak Toxicology Society SETOX and from 2010 to 2016 Executive Committee Member of EUROTOX. Since 2012 he is Deputy Director of the Institute of Experimental Pharmacology and Toxicology, SASc., and Executive Editor-In-Chief of the journal Interdisciplinary Toxicology.
He is Member of the Editorial Board of several journals, including Interdisciplinary Toxicology, Neuroendocrinology Letters and Activitas Nervosa Superior Rediviva.
Dr. Mach's research program at the Institute is focused on behavioral changes after exposure to drugs and xenobiotics either during development or acutely during sensitive stages of postnatal life. The other area of his research centers on the screening of the potentially harmless compounds with use in psychopharmacology (i.e. pyridoindole derivatives).
Employees